There’s a new bend in the road on Cook Street after the painted lines were changed to adjust for a Beacon Hill community care tent to help out the homeless.

“That is a great feeling, it’s a huge relief for sure,” said tent organizer Shae Perkins.

It’s a place for the community and those sheltering in parks to get warm and dry, find community resources and drink a hot cup of coffee.

Last week, it was pitched inside Beacon Hill Park. Without a legal permit, the city ordered it to be taken down but this time, organizers have a permit from the City.

“Trying to do things properly, even though it’s been an incredibly difficult fight, everybody agreed, you know, this is necessary,” said Perkins.

Back in early December, the city allocated $6,500 for the tent and its permits, but it’s taken a while to figure out where to put it.

“There are no services allowed in the park, so we found a location that was as close as possible, in this case, adjacent,” said Victoria Mayor Lisa Helps. “Douglas Street is technically in the park, Cook Street is not, so that’s why it was put there.”

The space is officially designated as a patio for the Red Cedar Cafe, located on Douglas Street. The designation is permitted under the Build Back Victoria program, which allows stores and restaurants to use public space as extended patio and retail space.

Mayor Helps says the cafe will the ones be running the warming tent.

“It’ it took a long time because the first official applicant, the James Bay United Church, figured that they weren’t able to carry it out,” said Helps. “So then we needed to find another permit holder, and thankfully the Red Cedar Cafe stepped forward.”

Some neighbours are in support of the tent.

“I’m totally thrilled that the warming tent is up and running, I think this is a humanitarian crisis,” said Victoria local Heather Murphy.

But others aren’t happy about how it was handled.

“I was very disappointed. The city, they ran out of solutions, no consultation, nothing,” said Roy Fletcher, president of Friends of Beacon Hill Park.

Victoria’s mayor admits nearby residents to the tent weren’t consulted.

“If it were a permanent infrastructure that were going there, we would do in-depth consultation absolutely. It’s an emergency measure for 66 days, we didn’t do any consultation. It’s a humanitarian aid that needed to be up right away,” said Helps.

But those opposed to sheltering in parks worry that this tent might be here to stay.

“We know they’re claiming this is a temporary structure, we know there’s no place for the campers to go,” said Fletcher.

Aruna Pace, a regular walker in Beacon Hill Park, says she’s worried about the damage that could be happening to the nature of the park.

” While I think the support tent itself is a very good idea for people who need support, it just feels like putting it in the centre of the park is encouraging more people to come there and stay there, being more of a permanent footprint,” said Pace.

The city insists it’s only staying up for two months until they find permanent shelter solutions. 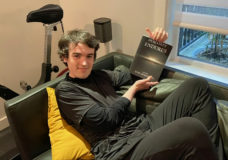 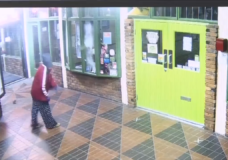