January 3, 2021 updated
CHEK
WatchPoliticans across Canada are coming under scrutiny after some holidays weren't spent too close to home. After Ontario's finance minister resigned following a trip to St. Barts, our next door neighbours in Alberta are the next public officials whose international holiday plans are coming into question. But what about our elected leaders here in B.C.? Julian Kolsut has the details.

B.C.’s political parties say no MLA’s have left the country during the pandemic.

It comes after it was revealed that multiple Alberta politicians left travelled to the United States for vacation and Ontario’s Minister of Finance was caught spending his holidays abroad in St. Barts.

Meanwhile, Jeremy Nixon, MLA for Calgary-Klein, and travelled to Hawaii — as did the province’s Municipal Affairs Minister, Tracy Allard.

“I’m issuing this clear directive today that we will not accept folks in senior positions of leadership of public trust travelling abroad,” said Alberta Premier Jason Kenny on Thursday,

Yet, Kenny is not punishing them, saying it was his fault for not setting a clear directive.

“I don’t think it is reasonable for me as a leader to sanction people who very carefully followed the public health orders and legal requirements, in a province where we have frankly been encouraging safe travel,” he said.

The argument is making international headlines, with outlets such as the Washington Post picking up the story. Critics say advisories were in place and say they felt the politicians were bending the rules.

“That leaves the public with a sour taste,” said David Black, an associate professor at Royal Roads University’s School of Communication and Culture. “Because everybody — the political class and ordinary Canadians — have been asked to be on their best behaviour, to commit to getting us through the pandemic through ways that can not be ultimately legislated.”

CHEK News reached out to all three parties in the B.C. Legislature.

The B.C. NDP sent a statement that says none of their caucus or cabinet members, which includes Health Minister Adrian Dix or Premier John Horgan, have travelled out of the country since the pandemic began in March.

The B.C. Liberals saying no Liberals have violated any travel restrictions or travelled.

The B.C. Greens say Party Leader Sonia Furstenau and MLA Adam Olsen have not travelled since the pandemic began.

“I think the politicians take their cue from the public health officer,” added Black. “In this case, Dr. Bonnie Henry, and she lays a strong moral foundation how the political class in British Columbia at large should behave, and other provinces have been a little less stringent.” 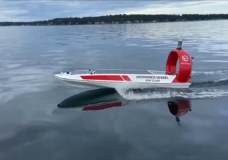