BC Ferries’ struggles to fill critical engineering positions has spurred the company to offer a $10,000 signing bonus to attract new, experienced hires.

The current workforce totals over 5,400 but Mark Collins, president and CEO of the company, says there has been a challenge to fill senior roles.

“It’s extremely challenging in especially licensed and certified roles, the senior roles,” Collins said. “Very, very difficult because these are globally attractive employees. There are hundreds of shipping companies around the world dealing with supply chain challenges. Everybody wants these folks.”

In November, Victoria Police offered a $20,000 signing bonus as an incentive for experienced police officers, and received more than 40 applications within weeks.

Collins said the bonus will be paid in full after a year on the job.

All companies are competing for workers in one of the tightest job markets in the country.

According to Statistics Canada in April, unemployment in Toronto stood at 6.3 per cent, Vancouver at 5.4 per cent, and Kelowna 5.3 per cent.

On the Island, Nanaimo has 4.5 per cent unemployment and Victoria’s unemployment rate of 4.4 per cent remains among the lowest in Canada.

Chad Bryson, president of Verity Construction, points to the side of Bear Mountain where his company will build more than 1,000 homes over the next few years.

“Up there is 126 units being built. 66 multi-family townhouses, and 60 single family homes to be built up there,” Bryson said.

The construction industry is booming, and so is the demand for workers, according to Bryson.

“Our wages have increased significantly in the last 12 months. And I think they need to because costs have gone up,” Bryson said. “And yeah, there is demand from a lot of other employees, and there is competition. So you have to make sure you keep up with the market.”

At BC Ferries that means offering incentives to lure retired workers for the busy summer season.

All sectors see no end in sight to the demand for workers. 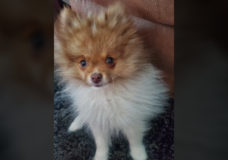 'All I want is my dog': Truck, camper with Pomeranian puppy inside stolen from Langford job site 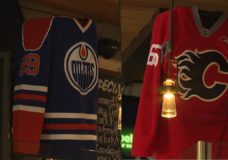 Islanders jump on Battle of Alberta bandwagon, a welcomed boost for businesses