British Columbia health officials have reported 1,506 new COVID-19 cases – including 75 cases in Island Health – and 10 deaths since their last update on March 12.

Of the new cases, 382 were recorded in Vancouver Coastal Health, 840 were in Fraser Health, 75 in Island Health, 80 in Interior Health, and 129 in Northern Health.

There are currently 4,987 active cases in the province, 269 people in hospital — 76 of whom are in intensive care — and more than 9,000 people are under active public health monitoring due to possible exposure to an identified case.

Additionally, 136 previously reported cases were recently identified as being variants of concern, bringing the overall total number of cases with a variant of concern in B.C. to 880.

Over 80,000 people in B.C. have recovered from COVID-19 while 409,000 doses of vaccine have been administered province-wide.

During Monday’s update, Dr. Bonnie Henry, the provincial health officer, said the number of new cases in B.C. is still far too high.

We still have community transmission and all of those things that we are doing to try and manage outbreaks in communities around the province; we know that some communities are affected more than others,” she said. “The number of new cases is still very high, much higher than I would like it to be.

Henry also said the province is planning on creating outlines to allow outdoor, in-person faith services in small numbers in the coming days, in preparation for Easter and Passover.  She said officials are looking at allowing small, in-person, indoor gatherings by April

“This is a time of hope, as more people are immunized, but is also a time of caution,” said Henry.

#BREAKING BC plans to create outlines to allow outdoor, in-person faith services in small numbers in the coming days, in preparation for Easter and Passover.

Dr. Henry says she and her team are looking at allowing small, in-person, indoor gatherings by April. #bcpoli

There are currently 261 active cases on Vancouver Island, according to the latest information posted on the BCCDC‘s dashboard.

Thirteen people are in hospital, two of whom are in critical care.

A total of 1,208 tests for COVID-19 were performed over the past 24 hours on Vancouver Island.

Since the pandemic began, there have been 2,761 recorded cases of COVID-19 on Vancouver Island, as well as 2,462 recoveries and 28 deaths.

Of those active cases, 74 are in the South Island, 100 are in Central Island, and 42 are in the North Island.

Henry, during Monday’s briefing, touched on concerns about the AstraZeneca vaccine as a handful of countries have suspended its use after some people who received doses of it began developing blood clots.

Germany, France, and Ireland are among those who have temporarily stopped administering the vaccine, even though European health officials have stated that there is no evidence the vaccine is actually responsible for causing the clots.

“Over 17 million doses of AstraZeneca have been given and so far 37 cases of these blood clots in different ways have been detected,” said Henry on Monday. “This is lower than we might see, even in the general population, without vaccination.”

Health Canada is communicating with counterparts in Europe and the United Kingdom regarding the vaccine and health officials in B.C. are also monitoring the situation, according to Henry, who stressed that the AstraZeneca vaccine is safe and extremely effective.

“The best vaccine that you can take today to prevent you from getting COVID-19 is the one that you receive first, all of our vaccines are safe and effective in B.C.,” she said.

There are 31,630 active COVID-19 cases in Canada, according to the latest data available on Health Canada’s website,

A total of 913,047 cases have been reported nationwide, including 22,889 cases on First Nations reserves.

Ontario has recorded the most cases, with more than 319,000, followed by Quebec, Alberta, British Columbia, and Manitoba.

British Columbia’s rate of testing is the eighth highest in the country behind Alberta, Ontario, Quebec, Prince Edward Island, Saskatchewan, Newfoundland and Labrador, and Manitoba.

Meanwhile, 22,495 people have died from COVID-19 in Canada, with Quebec and Ontario accounting for more than half of all deaths.

On a positive note, more than 858,000 people have recovered from the deadly virus. 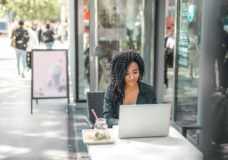 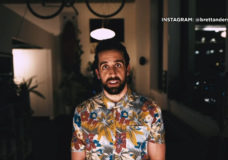 CHEK Upside: Victoria man needs Islanders help to get him to the moon