British Columbia reported 456 new cases – including 35  in Island Health – and two deaths from COVID-19 on Wednesday.

Of the new cases, 108 were recorded in Vancouver Coastal Health,  259 were in Fraser Health,  35 in Island Health,  30 in Interior Health, and  20 in Northern Health. Four cases were people who normally reside outside of Canada.

There are currently 4,668 active cases in the province, 237 people in hospital — 64 of whom are in intensive care — and 7,924  people under active public health monitoring due to possible exposure to an identified case.

Additionally, there have been 230,875 doses of vaccine have been administered province-wide, 62,608 of which are second doses.

On a positive note, 72,219 people have recovered from COVID-19 in British Columbia.

According to the latest data from Island Health, there are 245 active cases on Vancouver Island, 39 in South Island, 150 in Central Island and 56 in North Island.

There are 276 active cases on Vancouver Island, according to the latest information on the BCCDC’s website — an increase of 16 since the province’s last update on Feb. 23.

Sixteen people are in hospital due to COVID-19, five of whom are in critical care.

Additionally, there were 1,015 COVID-19 tests were performed in the region in the past 24 hours.

Meanwhile, Island Health’s dashboard shows there are 245 active cases — 39 in South Island, 150 in Central Island and 56 in North Island.

The health authority’s data often lags behind the BCCDC’s data due to a “difference in timing of reporting across laboratory and public health data sources.” 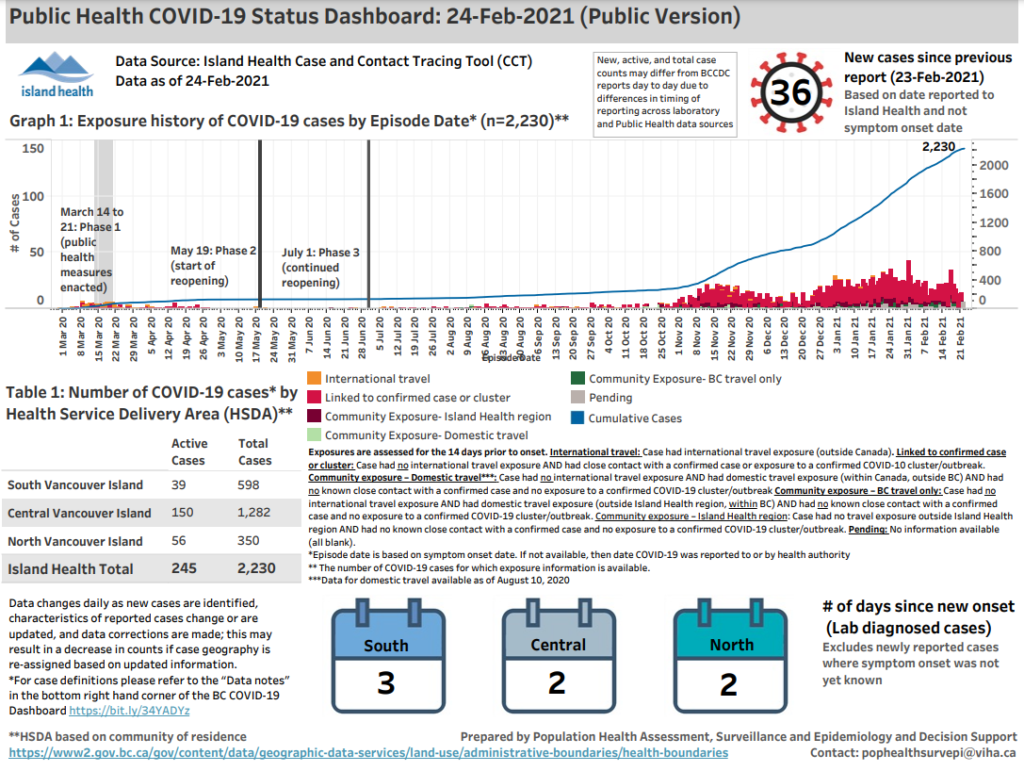