A new grant for post-secondary students, an increase in the marginal tax rate and expanding the PST to sweetened carbonated beverages were all part of the province’s latest budget tabled in the legislature on Tuesday.

Finance Minister Carole James said in this budget, the government’s focus is still on affordability issues facing people in the province, along with improving services and maintaining a sustainable economy.

“I think it really shows once again that as a government that we set a plan for ourselves, not based on when an election will be, not based on whether we’re going to head to the polls in six months or a year. I think we far surpassed the expiry date that most people believed a minority government would ever see,” James said.

“We focused on making sure that we delivered what we promised the people of British Columbia, which was affordability, which was improving services and that’s what this budget is about. I’m very proud of this budget, whether we face an election today or whether we face an election a year-and-a-half from now, which is what we expect. I think this is a budget that shows the people of British Columbia we were focused we came in on putting the people at the heart of all of our work into the budget and we’ve done that again this budget.”

“In addition, the plan maintains $2.3 billion in fiscal prudence through the forecast allowance and contingencies allocation,” the budget reads.

According to the B.C. government, the deterrence effect of this tax is expected to be most prevalent among frequent consumers of carbonated drinks. The government said in the budget men consume more soft drinks than women and additionally, soft drink consumption is highest among individuals aged 14-18 and declines with age. The Canada Food Guide does not recommend consuming most beverages affected by this measure, the provincial government said.

“I hope ultimately we do see reduction in the sales of sugary drinks, sweetened beverages. I think that’s an important health factor and a piece we’ll be watching,” James said.

“If you talk to the companies that sell pop and a number of other drinks, they talk about the fact that they are seeing some shift to other drinks other than pop, other than sweetened beverages and that’s something that if we can help a little bit and bring in a little bit of revenue to help with health costs, that’s a plus.”

PST on Netflix and other streaming services

The B.C. government has extended the provincial sales tax to streaming services like Crave, Spotify, Netflix, Disney Plus and more, effective July 1.

“Canadian sellers of goods, along with Canadian and foreign sellers of software and telecommunications services, will be required to register as tax collectors if specified B.C. revenues exceed $10,000,” the budget states. The PST rate for streaming services will be seven per cent.

Also effective on July 1, 2020, is a new tax on Canadian sellers of vaping products that will generate an additional $11 million to the government.

The annual cost of the new grant, which will replace existing provincial completion grants, will be $41 million annually.

The previous provincial completion grants were not available to students taking programs under two years, such as trade certificate programs. The previous grants went to around 21,000 students. The government said the new BC Access Grant will benefit more than 40,000 eligible students.

The distribution of the BC Access Grant will be based on the current Canada student loan thresholds. For example in a family of four earning $70,000, in the family attending post-secondary programs under two years could receive up to $3,495.

The grant will only be available for students attending the 25 public post-secondary institutions across the province.

Students at private institutions will not have access to the grant. However, they will still be eligigible for the elimination of interest on B.C. student loans.

“I think if you had taken a look at the past governments, what often would happen at this time when you saw moderation in the economy is that you would see programs and services cut. You’d see programs eliminated. You’d see services and supports for families eliminated,” James said.

“We’re not doing that. In this budget, we made the choices to say we’re going to continue our investments because we believe they’re critical to growing the economy, for health communities to invest in childcare, to invest in housing, to make sure those supports are there in education. And in doing so, that helps grow the economy. In order to do that, we have asked the top one per cent to pay a little bit more.”

James said the province believes the top one per cent benefited from a strong economy.

“We continue to have a competitive tax environment in British Columbia and I think that’s very important to recognize,” James said.

“If you take a look at people under $140,000, we have the lowest tax rate in the country. People making up to $475,000, third lowest in the country. So our top marginal rate will match up with Quebec and Ontario and some of the other eastern provinces and we believe that’s reasonable to continue the programs and services that benefit high income earners, low income earners and medium income earners in British Columbia.”

In the latest budget, the government is putting an additional $50 million toward the three-year plan on expanding programs and services to support people without a home or at risk of homelessness.

The province said two new 60-bed navigation centres will be opened in the province. The locations have not been announced.

Here are the ongoing projects for Vancouver Island in the budget and three-year plan:

The government said forestry workers and communities in B.C. have been affected by the Western Forest Products strike, declining harvests due to the mountain pine beetle infestation, extreme wildfire seasons of 2017/18 and 2018/19 and volatile softwood lumber prices.

There was also $5 million to support to coastal forestry contractors at risk of repossession of their logging equipment through the Coastal Logging Equipment Support Trust.

The latest budget will provide $13 million over three years to begin developing new opportunities for the “bioeconomy” and revitalizing the forestry sector. The government said this includes new and better inventory activities to get more out of our forest resources, expanding economic opportunities, and improving forest management planning and stewardship, through collaboration with First Nations and other stakeholders. This funding will also go toward expanding and promoting B.C.’s innovative wood products and technologies.

Total provincial debt is projected to increase by $17.0 billion over the fiscal plan period to reach $87.6 billion by 2022/23. The increase is due to borrowing requirements for capital infrastructure investments.

Taxpayer-supported debt is forecast to increase by $14.0 billion to $58.6 billion by 2022/23. This increase is due to funding for significant investments in capital infrastructure over the next three years. Debt increases associated with new investments include $6.4 billion for transportation sector projects, $2.0 billion for education, $2.7 billion for health facilities, $1.4 billion for social housing and $1.5 billion for other initiatives.

The current risks B.C.’s economy include:

Other risks to the fiscal plan include the financial results of ICBC, potential changes to federal government allocations for health and social transfers and cost-sharing agreements and increased demand for government services, such as health care, children and family services and income assistance.

The budget does not mention COVID-19, which is affecting China’s economy. There are currently five cases in the province.

“We’re not making changes at this point but we’re obviously monitoring it very closely,” James said, adding that she is confident in the health infrastructure in place to deal with COVID-19 (novel coronavirus) cases.

The population chart in the budget below shows that from 2001 to 2019, B.C.’s population grew by close to one million people, with much of the increase concentrated in the Lower Mainland. By 2024, B.C.’s population is expected to grow by a further 6.8 per cent or around 346,000 people. 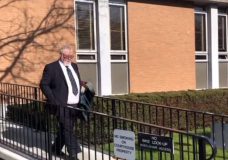 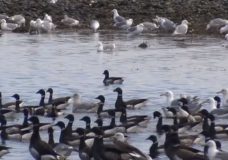