B.C. workers to get three paid sick days during COVID-19

B.C. workers will be able to take three sick days during COVID-19 without losing their pay, under legislation introduced Tuesday by the provincial government.

Labour Minister Harry Bains said the sick days will help prevent employees from having to choose between getting paid and working while sick during the pandemic.

The government will “support employers” with the cost of paying the sick days, said Bains. Businesses without sick pay programs will be eligible for up to $200 a day in reimbursement per employee, roughly $25 an hour, but will have to cover any costs above that if an employee’s regular wage is higher.

The goal is to “bridge the gap” for workers between when they first feel sick and when they can access the Canada Recovery Sickness benefit, according to a news release. However, the federal sickness benefit has been widely-criticized because it pays out out less than minimum wage and requires a lengthy and cumbersome application process.

The program will run until Dec. 31, and Bains said it could cost $300 million if 60 per cent of eligible workers take the sick days.

The government will launch a permanent paid sick leave program in 2022, with the number of days to be set by cabinet after future consultation with businesses and labour groups, said Bains.

The paid sick leave program falls well short of what the B.C. Federation of Labour had urged government to implement. The federation had called for up to 10 paid sick days, depending on a person’s working hours.

BC Federation of Labour president Laird Cronk said he was disappointed with the three days this year, but hopeful the permanent program next year might be better.

“It fills some gaps but unfortunately it’s three days,” he said. “Now it’s three days at full wages and full wages is good, but I’m really worried about a worker who has COVID, and COVID doesn’t stop after three days. It’s going to be devastating them economically. We are calling for 10 and hoping for 10. While it has some good pieces, I really worry about that three days.”

He said the federation will continue to advocate for 10 days, and is optimistic the province will improve. But he said the promise for a permanent program is historic.

B.C. Green leader Sonia Furstenau panned the program, including how it gives a “blank cheque” to cabinet to decide the permanent program next year without legislature approval.

“Three days off is better than none, but it is far from adequate to provide people with the time to recover from COVID-19,” she said. “This program falls short of fixing the gaps in the federal program, meaning many workers will continue to fall through the cracks.” 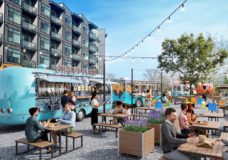 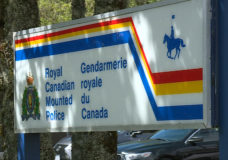