B.C. residents with second properties are now the largest group of people paying the province’s speculation tax, after foreign buyers either sold or rented their properties in extraordinary numbers to avoid the extra fees.

New data released by the province this week shows the speculation tax, implemented by the NDP government in 2018 as a way to target foreign-owned properties left vacant during a rental and affordable housing crisis, is now primarily targeting B.C. and Canadian residents with multiple properties.

The Ministry of Finance released the most recent payment data Monday, from 2019, which showed the number of foreign owners and satellite families paying the speculation tax fell by 48.9 per cent from 2018. That coincided with the province increasing the speculation tax’s rate for those groups from 0.5 per cent to 2 per cent of the home’s assessed value.

The drop either means foreign owners sold their vacant properties, put them up for rent at least six months of the year, or moved into them as their primary residence to exempt them from the tax.

The speculation tax applies to Greater Victoria, Nanaimo and Lantzville on Vancouver Island, as well as Kelowna and Metro Vancouver.

“From day one we said that the number one group that looked like it would be hit by this spec tax was B.C. residents and sure enough that’s what’s happened,” said Opposition Liberal finance critic Mike Bernier.

Approximately 2,287 B.C. residents paid at least some speculation tax in 2019, according to the new data.

That compares to 2,104 foreign owners, and 1,579 satellite families (defined as households where the majority of income is earned outside of Canada).

Finance Minister Selina Robinson focused on the tax’s overall revenues, saying the $88 million generated will help with affordable housing projects across the province. She argued that even with 2,287 B.C. residents paying the tax, it still means more than 99 per cent of the province’s five million residents aren’t paying anything.

“Foreign owners, particularly in Metro Vancouver, sold or rented their empty properties and these properties are now being used as housing,” Robinson said in a statement.

“In the Capital Regional District, there were 1,036 taxpaying properties in 2018.  In 2019, 22% of these properties had an owner claim a tenancy exemption in 2019, creating rental options that were previously unavailable.”

Robinson also said 92 per cent of the revenue generated from the tax comes from people other than B.C. residents. However, B.C. and Canadian residents also pay one-quarter of the speculation tax’s regular 2 per cent rate.

The Finance Ministry also cited the speculation tax as a success for increasing housing affordability and rental stock.

However, the ministry’s latest financial update in December showed the housing market has already recovered from the COVID-19 pandemic and is exceeding its pre-pandemic levels in sales and prices on its way to a record year, meaning any improvements caused by the speculation tax were temporary at best.

The speculation tax has proven controversial for the NDP government since it was announced in 2017.

Then finance minister Carole James at first said British Columbians would not have to pay the tax, but then it was revealed that B.C. residents with multiple homes would be subject to the levy. The government was also forced to exempt areas like the Gulf Islands, amid complaints from locals that the tax could have actually have a negative impact on a unique local rental and housing supply situation.

The latest data shows the tax brought in almost $6.6 million in revenue in Greater Victoria, and $802,426 in Nanaimo. Combined, Vancouver Island’s revenues represented slightly more than 8 per cent of the total $88 million in provincial revenue. 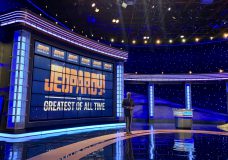 Award-winning journalists and a Super Bowl champ highlight next guest hosts on Jeopardy! 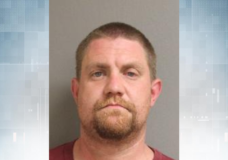