B.C. planning up to 15 First Nations justice centres across the province

CHEK
Provincial government says is working with the B.C. First Nations Justice Council to determine the locations for new Indigenous justice centres across the province.

The British Columbia government is working with the B.C. First Nations Justice Council to determine the locations for new Indigenous justice centres across the province.

In a statement, Attorney General David Eby says Indigenous people have been over-represented in the criminal justice system for too long.

He says the centres will help them navigate the system and offer culturally appropriate supports.

Such centres have already opened in Merritt, Prince George and Prince Rupert, with 12 more planned in the next five years as part of B.C.’s broader First Nations justice strategy launched this year.

Services include legal advice and representation, advocacy and support in dealing with agencies such as police and the Ministry of Children and Family Development, referrals to other services, such as counselling or employment support, and restorative justice options.

Douglas White III, chair of the First Nations Justice Council, says he expects the centres to make a significant difference when it comes to Indigenous experiences with the justice system.

“We are driven by the idea of justice through self-determination,” White said in the news release.

“Our model is to ensure the Indigenous justice centres reflect the priorities and unique needs of First Nations in each respective region.”

The province’s First Nations justice strategy sets out the dual goals of reforming the existing justice system and transforming it through the rebuilding of Indigenous justice system.

According to the strategy, it was developed with the vision it “must achieve a 180-degree shift from the current reality of First Nations people,” who are not only over-represented in the criminal justice system, but who are also under-represented among people with roles and responsibilities within it.

This report by The Canadian Press was first published Sept. 6, 2020. 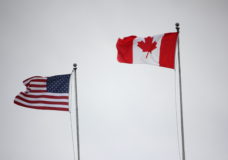