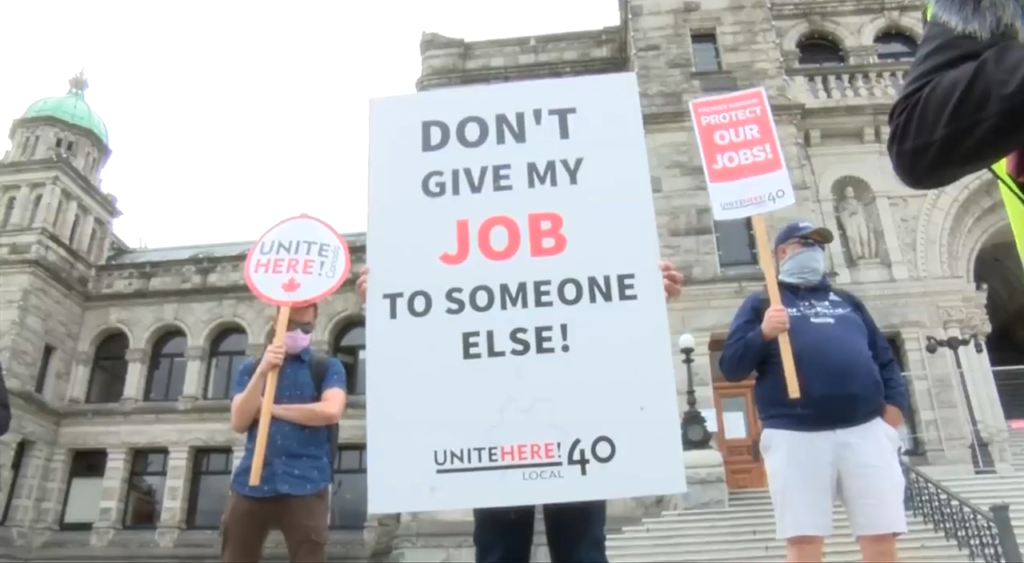 File photo/CHEK
Hotel workers hold a demonstration outside the B.C. legislature in August 2020.

The hotel workers who were fasting as part of an effort to urge the provincial government to protect their jobs have ended their hunger strike.

UNITE HERE Local 40, the hospitality workers’ union that represents members in the hotel,
food service and airport industries throughout B.C., made the announcement Tuesday afternoon.

According to the union, the laid-off hotel workers ended the “Fast for Our Jobs” hunger strike in Maple Ridge on Tuesday, a day after B.C. Labour Minister Harry Bains said he’ll advocate that any relief package for the tourism industry contains a pledge for employers to offer a right of first refusal to existing employees when work resumes.

Bains says the report by Sandra Banister shows thousands of workers have been out of work for six months and don’t know when they’ll be able to return as COVID-19 has slashed travel.

But he says he’s always been clear that the best resolution is negotiated at the bargaining table.

The hotel workers’ hunger strike started at the B.C. legislature on Aug. 10 before moving to Maple Ridge, outside Tourism Minister Lisa Beare’s office on Lougheed Highway.

UNITE HERE Local 40 said it will continue to push the hospitality industry to ensure workers are able to return to their pre-COVID-19 jobs.

“I’m really proud of all that we did to organize this hunger strike. Hotel workers refused to stay silent and brought this crisis to the forefront. The fact that we came together, first in Victoria and then in Maple Ridge, to fast for 22 days to save 50,000 jobs, that’s an accomplishment,” Naden Abenes, a laid-off room attendant from Hyatt Regency Vancouver who fasted for five days in the hunger strike, said in a statement. 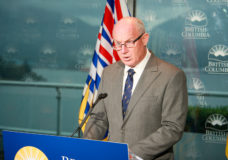 B.C. extends record-breaking state of emergency again due to COVID-19 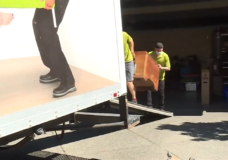