B.C. government to squeeze lawyers, legal costs out of ICBC

The British Columbia government is moving to curtail lawyers and legal costs in the public auto insurance system by severely limiting injured people’s ability to sue at-fault drivers or the auto insurer after a crash.

The government said Thursday that legislation will be introduced in the coming weeks that will lower premiums at the Insurance Corporation of B.C. by about 20 per cent, an average of $400 in savings per driver.

At the same time, maximum care and treatment benefits for anyone injured in a crash would increase from $300,000 to at least $7.5 million, and those benefits will be available to every B.C. driver without having to hire a lawyer, the government said.

Premier John Horgan said this is a “pivotal moment” for an auto insurer that has lost its way.

“People are still paying way too much for their auto insurance and they’re not getting the care they need if they’re injured,” he told a news conference.

“This wasn’t a decision we made lightly. We’ve been working on making improvements for the past two and a half years … We’re going to tackle the tough problems.”

If the legislation is passed it will take effect in May 2021 and will require ICBC to assist every person who makes a claim and ensure that they receive all their entitled care and benefits.

The government said that people can still sue at-fault drivers if they are convicted of a criminal offence linked to the crash, such as drunk driving, and they could also sue a vehicle manufacturer if a defect contributed to the collision.

If a customer has a complaint about how ICBC handled their case, they can turn to the independent Civil Resolution Tribunal, the B.C. ombudsperson or the recently announced ICBC fairness officer.

Customers could file for a judicial review of a Civil Resolution Tribunal decision in court and there may also be some limited scenarios where one could sue ICBC, the government said.

Attorney General David Eby has previously called the financial situation at the public auto insurer a “dumpster fire,” and the government believes this new system will free up more than $1.5 billion to lower rates by 2022.

Without any changes to the current model, rates would need to continue to rise by approximately 35 per cent over the next five years, the government said.

The highest rate increases in Canada are happening in private auto-insurance markets, including Alberta, Ontario and New Brunswick, it said.

Eby said Saskatchewan and Manitoba have similar public systems to the one B.C. is proposing and they have kept rate changes steady, near zero per cent.

“In that comparison, B.C.’s rates look outrageous and our benefits miserly,” he said.

Eby insisted that this is not a “no-fault” system because a driver who is responsible for a crash will still pay more for their insurance.

Inexperienced drivers, who currently pay some of the highest rates, will see some of the biggest actual dollar savings when the 20 per cent rate cut is applied, the government added.

The Trial Lawyers Association of B.C. said it was deeply disappointed by the announcement, describing it as an “alarming move” that puts injured and vulnerable B.C. residents at risk.

“Today, this government is doubling down on its failed policy to take away the legal rights of British Columbians while protecting ICBC management who have gotten us into this mess in the first place,” said association president John Rice.

Disability Alliance B.C. said it will work closely with ICBC to help ensure that people who have suffered injuries as a result of a vehicle crash will have access to all the benefits and supports they need.

The government said it had already consulted with the medical community and would consult more widely before it introduces the legislation in several weeks.

“As physicians, our priority is to ensure that patients get the best possible care,” she said in a statement. 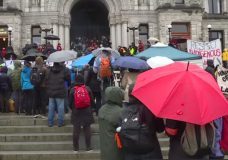 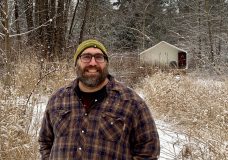