A weak atmospheric river will begin hitting Vancouver Island Thursday and last into Friday, but it still isn’t expected to bail the region out from a record-setting drought that ended last month.

Environment Canada says western Vancouver Island could see between 60 and 80 millimetres of rain while the east side of the Island will generally see less rain, likely in the range of 10-30 mm.

It means that rivers like the Tsolum in Courtenay will likely remain well below what is normally seen at this time of year.

The Campbell River and Puntledge River systems managed by BC Hydro will also likely remain below critical levels for fish habitat.

“This is about the third significant storm we’ve seen, but we’re seeing the rain shadow effect of those mountains so on the east coast of the Island, really the Puntledge and Campbell River systems, are not seeing the full effect of these storms,” said BC Hydro spokesperson Stephen Watson.

As of the last provincial update on Oct. 27, east Vancouver Island was still listed as being in a Stage 5 drought while the west Island was at Stage 4.

Watson says a year ago BC Hydro was dealing with flood risk management because there had been so much rain, and now there’s not enough.

Power supply is not a problem, he adds, because of BC Hydro’s integrated system across the province. 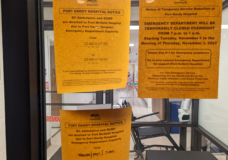 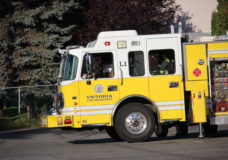