The ongoing blockades, protests and complications that have arisen surrounding the Coastal GasLink pipeline project have resulted in political disapproval of BC Premier John Horgan among British Columbians. 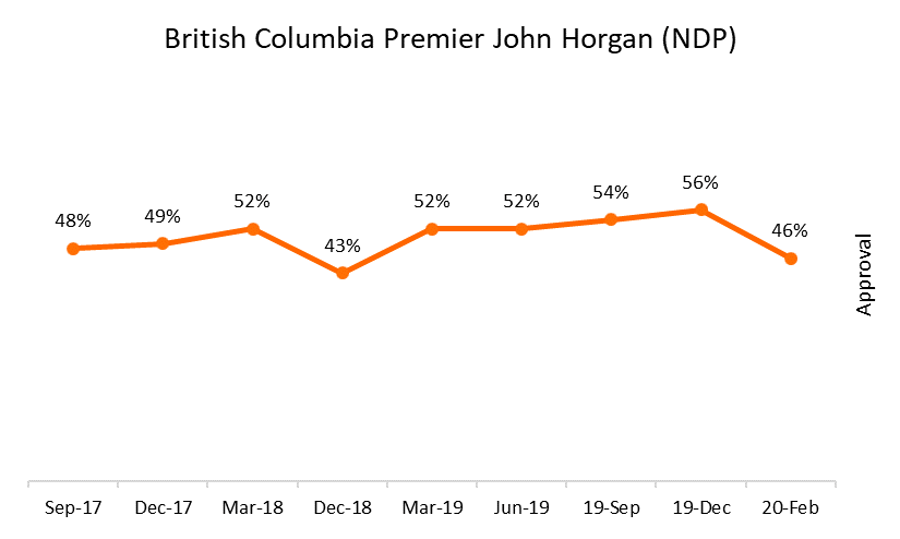 The survey suggests that the decline is largely linked to how Horgan has handled the activism in support of Wet’suwet’en hereditary chiefs. Just over one week ago, the Institute published another survey that asked British Columbians how they felt Horgan had handled the protests and solidarity blockades to this point. Just 18 percent of those surveyed felt he had done a good job, while 65 per cent said he had done a poor job. 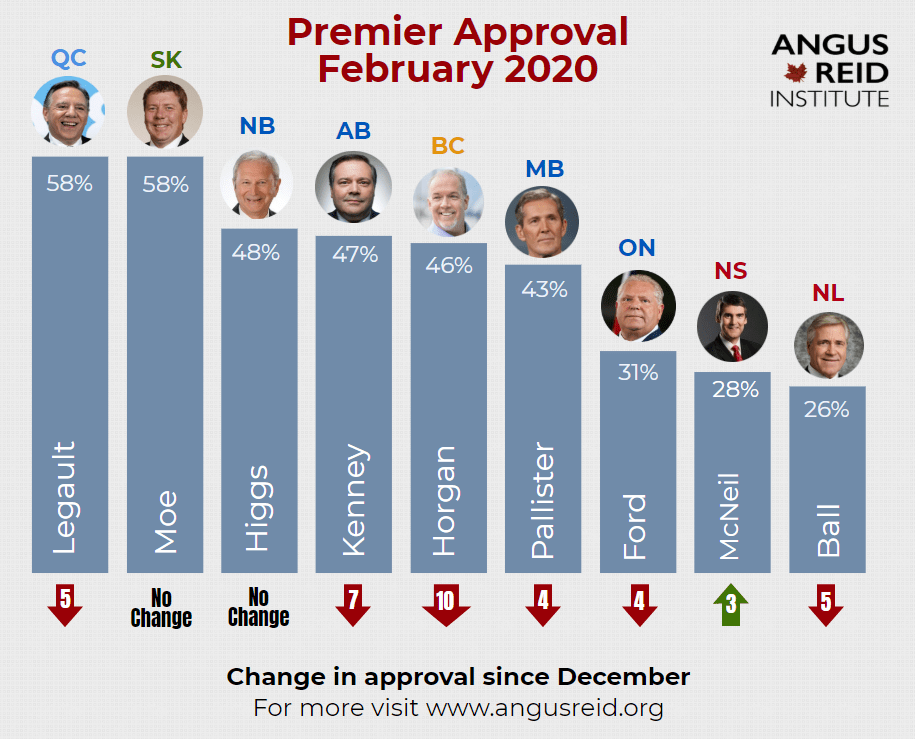 When comparing Horgan’s rating to the rest of the current Premiers, the numbers from Angus Reid show he slots right in the middle, however he has shown the biggest decline December. Alberta’s Premier Jason Kenney saw the second-largest slip in approval in that same time span, dropping down seven points to 47 percent.

Horgan has been at the center of several incidents over the past few months as protesters have camped out on the grounds of the BC Legislature in Victoria, where his NDP hold office.

Horgan came out to the public following a mass blockade at the legislature saying “It was unacceptable to me and I know it’s unacceptable to the vast majority of British Columbians.” He also added in the same press conference that “Peaceful demonstration is fundamental to our success as a democracy, but to have a group of people say to others you are illegitimate, you are not allowed in here and you are somehow a sellout to the values of Canadians is just plain wrong.”

A few days after his remarks, members of the Extinction Rebellion Vancouver Island arrived at Horgan’s home in Langford for a planned citizen’s arrest.