Protesters supporting a fight against a natural gas pipeline in northern B.C. are blocking major roadways around Victoria Saturday for the second day in a row.

Just after 3:00 p.m., protestors shut down the Johnson Street bridge to all traffic. Earlier in the day, they shut down traffic in the Fort and Douglas area of downtown.

Victoria police say they are aware of the incident and are asking drivers to avoid the area.

“We’re shutting down major corridors in solidarity to Wet’suwet’en. This is what they’ve called on, they’ve said ‘Shut down Canada,'” said Saul Brown, a Wet’suwet’en supporter. “A mere inconvenience is worth it to bring attention to violence being perpetuated against Indigenous peoples.”

Protesters are supporting the Wet’suwet’en hereditary chiefs who oppose the construction of a natural gas pipeline in northern B.C., some of which runs through their territory.

It’s a Canada-wide movement, as #ShutDownCanada is trending on Twitter, and many protests are being seen across the country.

“If nobody went out there, if nobody put themselves on the line, if nobody stood up for what they believed in, things would never change,” said Wet’suwet’en supporter Kolin Sutherland-Wilson. “We can’t just be standing beside the road with a sign because that won’t change anything, people will just drive away without a second look.”

In Victoria, supporters are digging in their heels at the B.C. Legislature, setting up camp on the steps with supplies like hot coffee, snacks and sleeping bags.

“We’re here as long as it takes, we’re here for as long as we’re needed for our relatives in the Wet’suwet’en nation,” said Brown.

It’s all part of a national call in response to the RCMP raiding areas in Wet’suwet’en territory near Houston B.C., after a court-ordered injunction demanding they move to allow construction of the pipeline by Coastal GasLink. 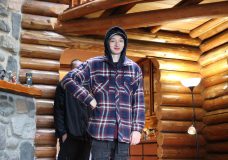 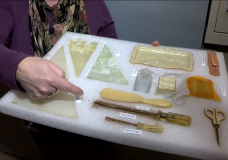