CALGARY — Alberta’s justice minister says he’ll be pushing for changes after a review board ruled a schizophrenic man who killed five young people in Calgary can be eased back into the community.

Doug Schweitzer says on Twitter that he’s heard from a lot of Albertans who are concerned, frustrated and disturbed by the Alberta Review Board’s recent decision.

Schweitzer says he’ll formally request that the board ensure a maximum possible role for victims to be part of the review board’s hearing process.

He also says he’ll be asking Ottawa to review the standards of release for people found not criminally responsible of crimes.

Schweitzer says he’ll also ask his department to examine any and all options around the review board process to respect victims.

This report by The Canadian Press was first published Oct. 3, 2019. 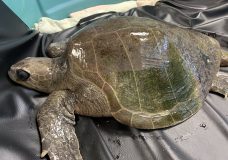