WATCH: An Alberni Valley man has a new lease on life after a near-death experience. Kendall Hanson reports.

A 76-year-old man was playing pickleball when he collapsed on an Alberni Valley court.

Fortunately, thanks to a series of events in the previous year, an external defibrillator and those trained to use it were close by.

For the first time since the day he died and was brought back to life, Al Jones is back at the Sproat Lake Community Hall.

He’s talking about what happened on Dec 16. Jones was about to serve during his second game of pickleball when his heart served him a surprise. He started to feel dizzy before collapsing.

“The next thing I remember I’m on the gurney in the ambulance and the fire department and everyone is around me,” recalled Jones.

Even though the hall is some distance from first responders, a series of events meant help was close by.

“The stars were aligned for him that day,” said Deputy Fire Chief Rick Geddes of Sproat Lake Fire Department. “He happened to be playing with a doctor, Dr. Ness who recognized [it] immediately and activated 911 and started CPR and used the defibrillator. By the time fire and ambulance were here he was awake.”

Due to requests by pickleball players, the area’s regional director had asked the fire department about getting an automated external defibrillator [AED] for the hall.

“At that time we were in the process of purchasing a new one so I suggested as a fire department we could donate our old one and go a step further and even train people to use it,” said Geddes.

The AED, which shocks the heart to help it reestablish an effective rhythm, was installed six months ago and three groups of people trained this past summer.

They were there when Jones collapsed and knew exactly what to do.

The area’s director says she was just one of the pieces of the puzzle.

“I can’t tell you how happy I am,” said Penny Cote, Sproat Lake Director with the Alberni-Clayoquot Regional District. “I want to make sure that AED’s are everywhere. Everywhere I go now I ask people do you know if there’s an AED in this building. do you know how to use it?”

“Obviously [it] justifies its presence here and I tend to think any place that has a high proportion of seniors doing anything in it would be well off to invest in one,” said Jones.

Jones is expecting to make a full recovery and will one day be back playing pickleball.

The BC Ambulance Service says there are 1,200 active AED’s in the province.

Between 2012 and 2015, there were 9,541 cardiac arrests, 972 individuals survived and were discharged from the hospital.

In Canada 30 to 40 per cent of people suffering a sudden cardiac arrest are treated with CPR.

An AED is used only two per cent of the time. 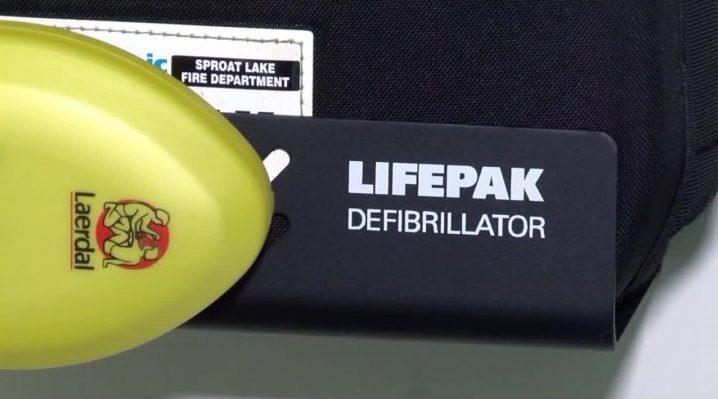 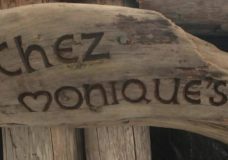 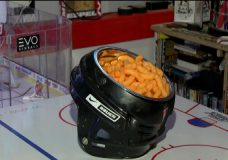