Residents of Kodiak, Alaska woke up to a warning from police on Facebook Tuesday morning.

“Hello, Kodiak. Sargeant Beaver here. I just want to remind everybody this is not a drill. This is an actual tsunami warning. Everybody get at least 100 feet above sea level.”

On the other side of the Gulf of Alaska, residents are woken by sirens. Fortunately, the huge earthquake did not result in a tsunami.

At Natural Resources Canada, seismologist John Cassidy it was called a strike-slip earthquake.

“It’s a horizontal slipping that took place during this earthquake,” Cassidy said.

While this type of earthquake can trigger tsunamis, it’s not the big one expected on the west coast.

“Where today’s earthquake occurred in Alaska, just to the north, about 100 kilometres to the north, is that subduction zone. And that’s where we expect to see these big subduction earthquakes like we saw in 1964. Those are the ones that can really generate large tsunamis,” Cassidy said.

As people felt the shaking and heard the warning sirens, they took no chances, fleeing the tsunami zone. It was a timely reminder that the west coast of British Columbia is in an active earthquake zone.

For more information on how to be prepared in the Capital Regional District, go to: https://www.crd.bc.ca/prepare-yourself, or the Province of British Columbia website: https://www2.gov.bc.ca/gov/content/safety/emergency-preparedness-response-recovery. 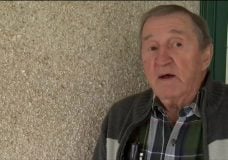 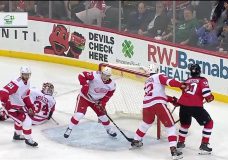 Hicketts makes impact in NHL debut, gets sent down