February 8, 2020 updated
Chek
WatchIt started as a march hrough the streets of Victoria this morning. Now supporters of the Wet'suwet'en are camped out at the provincial legislature, and occupying a bank downtown. Mary Griffin is following this story for us.

Protesters in support of Wet’suwet’en hereditary chiefs’ opposition to a natural gas pipeline in northern B.C. took to the streets of Victoria Friday morning.

Then on Friday afternoon, a group of around 20 activists started a sit-in in the lobby of the RBC Bank on Douglas Street and are blocking entry. 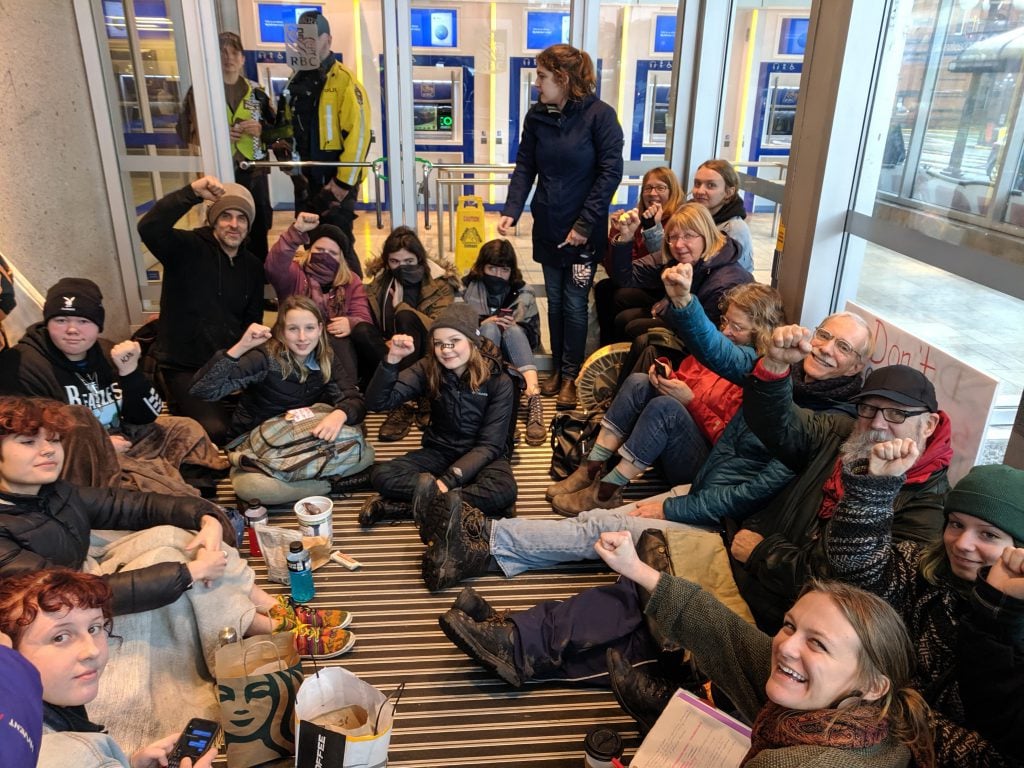 The group in the morning gathered at Centennial Square at around 8 a.m. before parading out onto Douglas Street, blocking traffic in the southbound direction.

The protest caused some traffic delays as the group made their way down Douglas en route to the B.C. legislature.

Just after 11 a.m., Victoria police said Douglas Street would be closed at Fort Street while protesters moved to that location. Douglas Street at Belleville Street is now open.

Douglas Street is will be closed at Fort Street as the protest group moves to that location. There are significant #yyjtraffic disruptions downtown. Douglas at Belleville is now open. Thank you for your patience, #yyj.

Then just after 12 p.m., Victoria police said the Douglas and Fort intersection was open.

The intersection at Fort & Douglas is now open. #yyjtraffic

BC Transit said Victoria schedules may be impacted today and in the coming days due to civil protests. Riders are asked to leave extra time when travelling.

#yyj transit schedules may be impacted today and over the coming days due to civil protests. Please leave extra time for your journey as we work hard to get you to your destination. Stay up-to-date by signing up for customer alerts at https://t.co/68rww5ORVJ. #yyjtraffic

The marching group joined other protesters who set up camp on the stairs outside the government building beginning yesterday. The group at RBC is acting in solidarity with the Indigenous protesters who are at the legislature.

The purpose of the recent protests are in an attempt to make Premier John Horgan speak with Wet’suwet’en leaders. They also hope to force the removal of RCMP from Houston B.C. 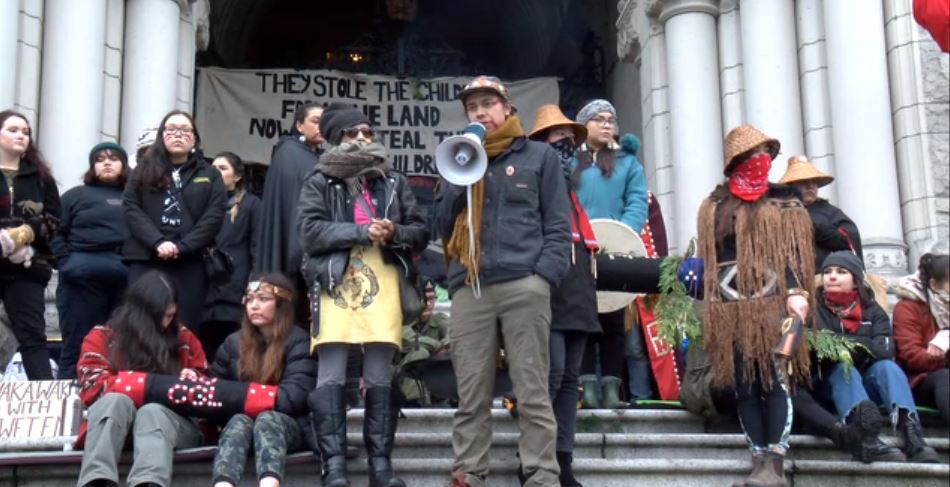 Protesters supporting the Wet’suwet’en hereditary chiefs outside the B.C. legislature on Feb. 7, 2020.

The group at parliament said yesterday that they will stay on property until they are arrested, or until Horgan listens to their demands and meets with leaders.

A recent update made on the Wet’suwet’en Solidarity Victoria Facebook group suggests there will be a rally at noon on Friday on the grounds of the Legislature and that protesters will remain “until the demands of the Wet’suwet’en hereditary chiefs are met.”

As far as traffic from earlier morning goes, a tweet from Victoria Police said that the protesters on Douglas Street have cleared out and traffic is back to normal.

Victoria police the volume of activists in the vicinity of the parliament building have resulted in a road closure at the intersection of Government and Belleville.

The intersection at Government at Belleville is closed to #yyjtraffic due to protests. #yyj

The protest in Victoria were sparked after six people were arrested near a Coastal GasLink work site in Northern BC.

Officers went into the worksite just after 4 a.m. on Thursday morning and told protesters they were in an exclusion zone and were given the option to leave or be arrested.
Police say several individuals, including members of the media, were transferred for safety reasons but were not arrested.

This is a developing story. Stay tuned for updates.