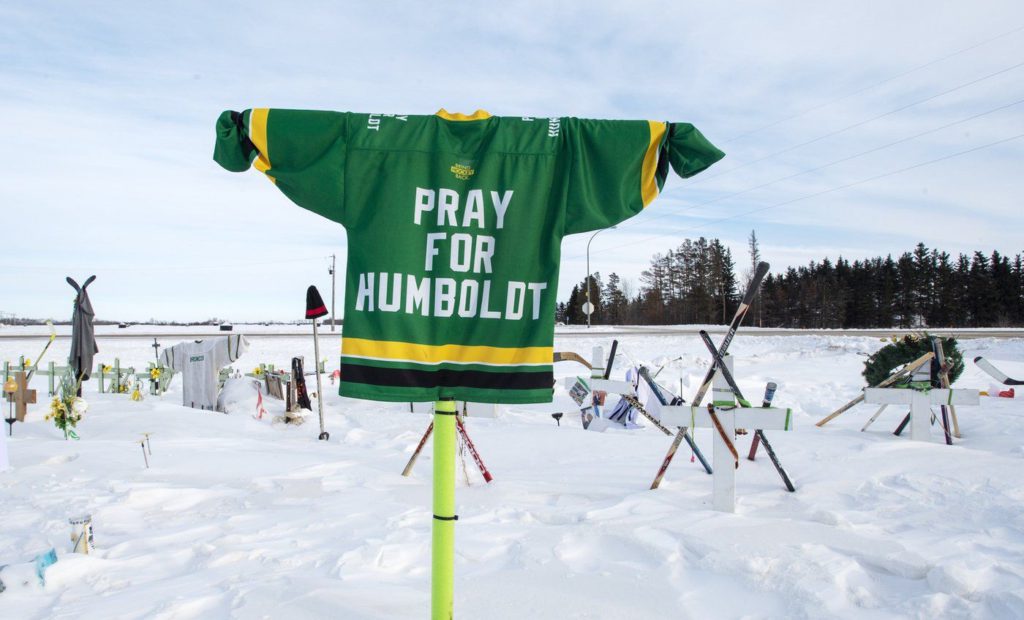 THE CANADIAN PRESS/Ryan Remiorz
A memorial for the 2018 crash where 16 people died and 13 injured when a truck collided with the Humboldt Broncos hockey team bus, is shown at the crash site on Wednesday, January 30, 2019 in Tisdale, Saskatchewan. Families of those killed or injured in the crash are raising concerns that provincial requirements for truck driving licences coul be loosened as the industry deals with a shortage of drivers.

Families of those killed or injured in the Humboldt Broncos bus crash are raising concerns that Saskatchewan’s rules for truck driving licences could be loosened as the industry deals with a shortage of drivers.

The crash killed 16 people and injured 13 others after a bus carrying the junior hockey team collided with a transport truck at a rural intersection on April 6, 2018.

In a letter to the Saskatchewan government dated Wednesday, 24 of the families say they oppose the possibility of the province eliminating the need for a Class 5 driver’s licence before obtaining a Class 1 commercial driver’s licence.

“The driver of the semi-trailer truck who caused the horrific crash was grossly underqualified to drive the semi-truck. He is one of an increasing number of untrained and unskilled drivers who are the cause of accidents causing deaths and injuries on Saskatchewan roads and highways,” write the letter’s authors, Celeste Leray-Leicht and Kurt Leicht, whose son Jacob died in the crash.

“Considering changing driving credentials to make it easier for new drivers to attain a Class One driver’s licence is abhorrent and is not in the best interest of our families or of anyone travelling on Canadian roads and highways.”

The letter notes the Saskatchewan Party government has promised to make changes to provide the clearest path of any jurisdiction in Canada to having foreign professional credentials recognized.

“Ministers, there has always been a driver shortage. Our loved ones are not expendable. Neither are yours.”

There was no mention of potential changes in Wednesday’s speech from the throne in Saskatchewan.

The Saskatchewan government did not immediately provide a response on Thursday.

A group of Saskatchewan trucking companies has raised concerns about the driver shortage and difficulty of licensing with Saskatchewan’s Minister of Immigration and Career Training.

“We are almost four or five companies sitting here right now so they are always having that problem.”

On its website, SGI, Saskatchewan’s Crown insurance company, said there are reciprocity agreements with 17 other countries which recognize each other’s Class 5 licences as equal. If the individual isn’t from any of those countries he or she has to begin as a new driver.

Toby Boulet, whose son Logan was killed, said there need to be strict requirements in place.

“These stringent requirements may seem arduous to some, (but) the families of the Humboldt Bronco tragedy believe they are what is required to ensure that roadways remain as safe as possible,” Boulet said in an email.

“We speak from experience that no one wants to have a loved one killed in a vehicle crash.”

Michelle Straschnitzki, whose son Ryan was paralyzed from the chest down in the crash, said the prospect of the rules changing doesn’t just terrify her.

“It pisses me off because there’s no reason in the world that they shouldn’t follow the rules and regulations that every other driver on the road has to do.”

— With files from Colette Derworiz in Calgary 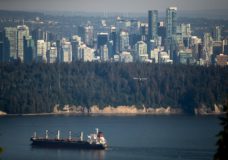 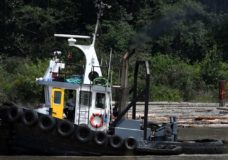