The Snuneymuxw First Nation, which has been dealing with clusters of cases since New Year’s Day, recorded their first two-day period without any new cases on Sunday.

A total of 25 people have tested positive for the deadly virus since the outbreak was declared and a shelter in place order was issued and remains in place until Feb. 5.

The outbreak also forced the First Nations Health Authority to deviate from their original vaccination rollout plan and deliver an emergency supply of 470 doses of the Moderna vaccine to the Snuneymuxw, which were used to vaccinate a majority of those living on-reserve.

“This is the first time we have gone away from our original plan and list of prioritized communities to put forth vaccine for a community experiencing one of those clusters,” said Dr. Shannon McDonald, the authority’s chief medical health officer.

The plan seems to have worked as there are now 17 active cases and Wyse believes they’ve rounded a corner and are starting to flatten the curve.

“When the numbers were finally tallied we were at just under 71 per cent of members that lived on-reserve,” said Wyse.

“We’re thankful that we were able to get that vaccination in place and you know hopefully this curve starts bending down throughout all of Vancouver Island, throughout B.C., and throughout the rest of the world,” added Wyse. 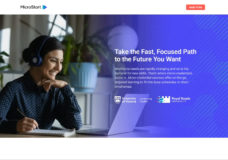 Road to Recovery: Are the days of degrees and diplomas over? 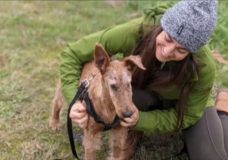