As quickly as the deep freeze arrived on the South Island, it then started to ease up.

It’s good news, for some — temperatures are warming in the capital region.

But the melt-up will likely be messy.

“There’s been a fair amount of snowmelt already,” said Brian Murphy, Assistant Director of Public Works with the City of Victoria.

“The snow levels are down which is great, but right now the risk is if rain arrives before all the snow is gone.”

And meteorologists say that rain is coming.

“So not a huge amount. Still, that’s going to add a lot of extra moisture to the melting snow. Storm sewers that are clogged will definitely see some localized flooding.”

So, city crews across the region are out, trying to get ahead of the game.

They are clearing the snow from as many drains as they can, before the rain hits.

But experts say it will be a bit of a messy medley of slush on the South Island before the region is back to seasonal temperatures next week. 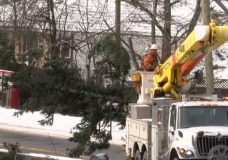 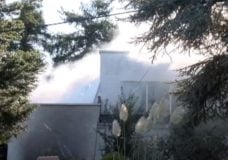