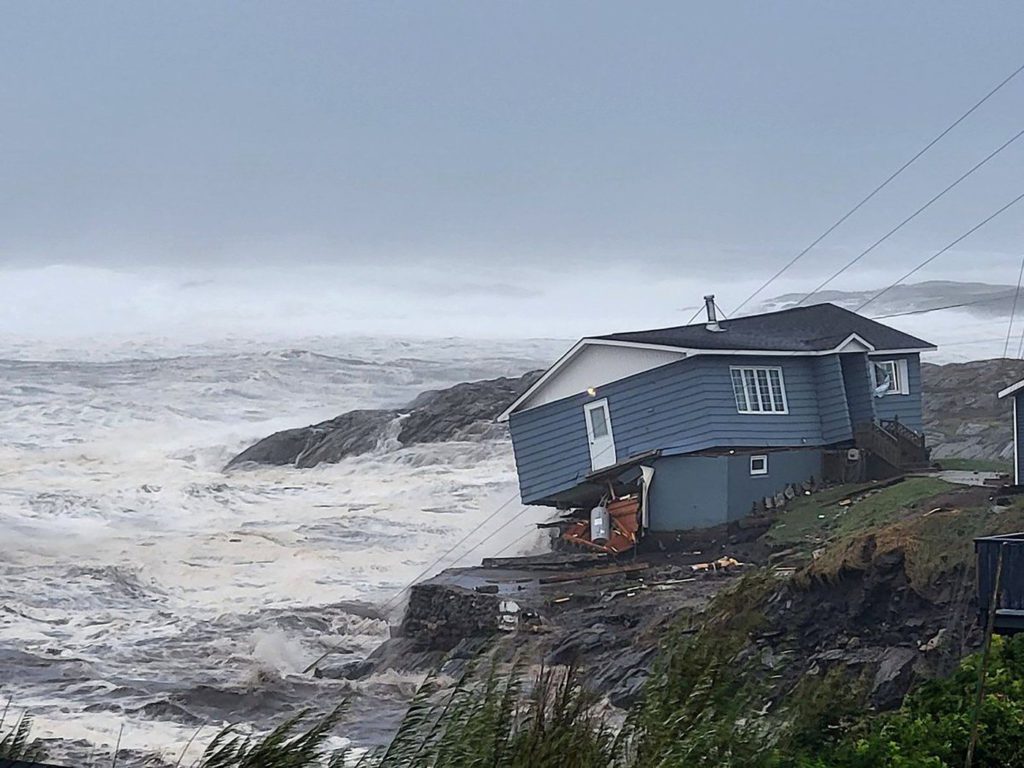 THE CANADIAN PRESS/HO-Wreckhouse Press-Rene Roy
In this photo provided by Wreckhouse Press a home fights against high winds caused by post Tropical Storm Fiona in Port aux Basques, Newfoundland and Labrador, Saturday, Sept. 24, 2022. The home has since been lost at sea.

For Peggy Savery, the hardest part of the day comes as she leaves work in her Newfoundland community of Port aux Basques and drives to the home she’s been staying in with her husband and son.

The family’s blue oceanside house was swept into the sea last month by post-tropical storm Fiona, and a photo of it dangling over the ocean was published across North America. Taken by Rene Roy, editor of local newspaper Wreckhouse Press, the picture was a gut-wrenching look at the immediate horrors wrought by the historic storm.

But these days, Savery, 59, is increasingly worried about the storm’s impacts that aren’t so easily captured. The past month has been a “nightmare,” she said in an interview Monday, and it’s not clear when it will end. People who lost their homes are traumatized, and living in temporary situations as they wait for news about whether they’ll get help to rebuild, she said.

Since that morning, the Saverys have been staying with family in the nearby community of Grand Bay, she said. Going to work each day gives her something else to think about, but the dread and uncertainty comes rushing back each night when she’s alone again in her car.

“I sit in my vehicle, and I break down and I think, ‘Where do I go now? What am I doing?'” Savery said. “It’s hard to get in that vehicle and drive to somewhere that’s not your home … it breaks me every single day.”

Fiona barrelled through Eastern Canada on the morning of Sept. 24, bringing ferocious winds and storm surge to parts of Atlantic Canada and Quebec’s Îles-de-la-Madeleine. The storm tore up roads, washed away homes and left power lines and trees splayed in the streets. In Port aux Basques, a 73-year-old woman died after she was swept out to sea.

After two days of surveying damage, officials estimated nearly 100 homes were destroyed along Newfoundland’s southern coast. The damage stretched from Port aux Basques, on the island’s southwestern tip, to Burgeo which sits about 115 kilometres to the east. The region is home to roughly 5,700 people.

Savery and her husband Lloyd were both born in Port aux Basques. Like many rural Newfoundlanders, they moved away when they were young, ultimately settling in Ontario with their son, Josh. But in 2019 they were drawn back home and moved into the blue house on Clement Crescent, overlooking the water.

It was the home they wanted to retire in, and they poured their life savings into it. But all that work and money — along with her father’s journals, her engagement ring, and her mother’s china — disappeared with Fiona, she said.

Like many who lost their oceanside homes, Savery said her insurance company is not covering the loss because her policy didn’t include damage from storm surge. The Newfoundland and Labrador government has promised it will help those whose insurance claims have been denied. Last Friday, officials were in Port aux Basques to help people fill out forms to get the process moving.

Savery said the government response has been too slow, adding that she hasn’t yet heard if she’ll qualify for financial help, or when it may arrive. In the meantime, her family is surviving on a $10,000 assistance payment from the province that was distributed by The Canadian Red Cross, she said.

“This is my life. And this is my future. And I’m scared right now,” she said. “We’re at the mercy right now of whoever is going to reach out and help.”

In the nearby community of Burnt Islands, Jamie King said it is still difficult to talk about what he is going through a month after Fiona tore the back off his home. The storm also swept away his shed, which had “thousands and thousands” of dollars’ worth of tools inside it, he said in an interview.

He and his family are staying with his sister and her family, packed into her two-bedroom house. It’s not clear when they might be able to rebuild, or where — though he said it won’t be near the ocean in what’s now known as the “danger zone.”

Paul Strickland, Burnt Islands’ deputy mayor, said the town is doing its best to work with the provincial government to find new spots for people like King to rebuild. Still, Strickland said he’s expecting some to leave the community altogether.

“The landscape alone already has a different look,” he said. “But the nature of the town might be a bit different after this.” 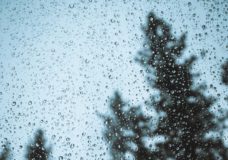 Atmospheric river to bring 'heavier rain' for parts of the Island, but not like 2021 storm 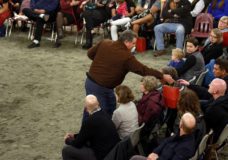