The Sproat Lake Volunteer Fire Department is reeling after losing one of their own.

Ron Suits, a veteran firefighter died following a medical emergency shortly after arriving on the scene of a barn fire on July 16. He was 69-years-old.

On Saturday, the department’s Canada flag was at half-mast and there was a sombre mood as firefighter’s returned for a second debriefing about what happened.

“Ron was a very modest quiet man, very knowledgeable,” said Fire Chief Mike Cann. “[He’d] been with us for four and a half years but he was also with Dashwood Fire Department for some time and on the board of directors of their fire department.”

Before that, he had served with the Calgary Fire Department for 27 years.

Cann says he felt fortunate when Ron Suits wanted to join the department.

“[I was] very excited to have a man with that much knowledge.”

Crews with the Sproat Lake Volunteer Fire Department were called to a fully engulfed barn fire on McCoy Lake Road west of Port Alberni on Thursday. Suits had just driven a tanker to the fire when he started suffering chest pains and he went into medical distress.

Other firefighters, as well as paramedics, worked to keep him alive without success.

“It’s very hard because I was right with Ron when he was going through all this,” said Cann. “It’s pretty dramatic watching a fellow firefighter go down.”

His fellow firefighters say Suits passing is a huge loss.

“He was always full of knowledge and passing down his experience and it was a real pleasure to be able to work with him,” said Zach Marley, a Sproat Lake volunteer firefighter of two years.

“He’s a great friend and a great mentor,” said Cann. “Absolutely a huge loss. It affects everybody.”

Suits leaves behind a wife and two children. One of his children is in university and the other just became a paramedic. 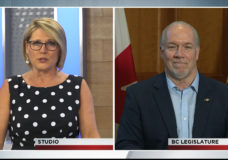 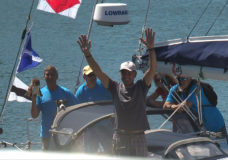