WATCH: A $250,000 abstract orca sculpture is part of the landscaping plans for the new Johnson Street bridge. April Lawrence reports.

Right now, it is filled with construction signs and material, but there is a vision for the triangle meridian next to the new Johnson Street bridge.

A $250,000 public art sculpture featuring 11 angled surfboards that take the form of an orca.

“But doing it in a really contemporary way, in a sort of abstract way that sort of moves and changes as you move around the physical piece,” said City of Victoria Director of Sustainable Planning Jonathan Tinney.

“There’s a sound piece that draws on some of the First Nations history from the south island,” he said.

The piece sparked some strong opinions among people walking by the area Wednesday.

“I think that this proposal is dreadful,” said one man.

“It’s nice that people can actually play and interweave into it so I think it’s using the space really nicely,” said Victoria resident Kayleigh Sandomirsky.

Victoria is no stranger to controversial public art. A $120,000 Pavilion, Rock and Shell sculpture was installed outside Save-on-Foods Memorial Centre in 2003 and the City of Victoria received so much backlash it nearly cancelled the project.

And whether or not they see beauty in the proposed Johnson Street bridge art piece, many seemed to believe public art is important.

“The arts get so minimized especially in budget restriction days so I just like to support the arts in almost any way we can,” said resident Kay Charbonneau.

The $250,000 for the proposed orca installation is included in the $105 million Johnson Street bridge budget.

It will be brought before the City of Victoria’s Committee of the Whole on Thursday. 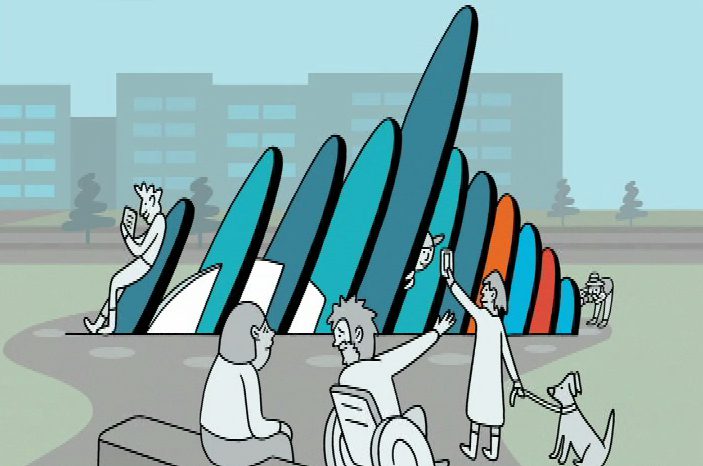 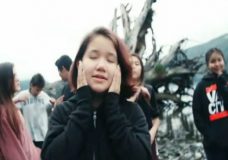 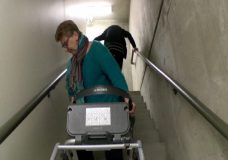 Out of service elevator traps residents in Victoria apartment building