Herring fishermen Quincy Sample in Comox look forward to being back on the water after the Department of Fisheries and Oceans announced a 20 per cent harvest rate for this year’s return in the Strait of Georgia.

For Sample and many others, it’s an important part of their livelihoods.

“It’s a very important part of our year,” said Sample. “It supplies a good income for us, our families, and our deckhand’s families. It probably accounts for 35-40 per cent of my overall year.”

The herring fishery is one of the most controversial issues on the water today and local groups including Conservancy Hornby Island say herring are at risk of being over-fished to the point of collapse.

“The Northern Gulf Islands, Hornby Island, Denman Island are home to half of the remaining most important spawning beaches effectively in B.C. at this point and if we can’t protect that then what can we protect?” said Locky MacLean of Conservancy Hornby Island.

MacLean says the DFO’s own biomass forecast puts the lower end of 49,000 tons close to its own critical point, where no catch should occur and a recovery plan be implemented right away.

“So we’d like to see a moratorium for at least five years to see time for the stock to build up,” said CHI’s Grant Scott.

High-profile conservationist David Suzuki is supporting the cause.

“The herring have been radically depleted up and down the coast and we’ve got to give them a break,” he said. “It’s interesting to compare this year’s quota of 16,330 tons with a record year back in the ’60s of over 250,000 tons. What is the definition of collapse? Small increments and shifting baselines so that between generations no one notices until it’s gone.”

But DFO scientists see it differently, with the high end of the forecast is 171,1000 tons.

In a statement to CHEK News, the Ministery of Fisheries and Oceans said after rigorous scientific stock assessments the “results demonstrate a healthy and stable herring stock in the Strait of Georgia, which has been consistent for the past decade.”

However, herring fishermen say they wouldn’t jeopardize their livelihoods by overfishing.

“We have a scientific stock assessment that is peer-reviewed and you can’t get better than that and 20 per cent for a pelagic fish is a good number,” said Sample. “Last year was a huge year so to try and say we’re overfishing after seeing what happened last year is not true.”

Lyle Pierce says the ministry made a science-based decision that he and other fishermen plan on following.

“To be honest it’s quite frustrating,” said Pierce. “Everyone is entitled to their own opinion and that’s great but that’s exactly what they’re putting forward is their opinion. The minister made a decision on the best available science and we believe in following that.”

The herring fishery is expected to start sometime in March. 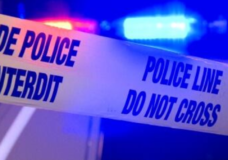