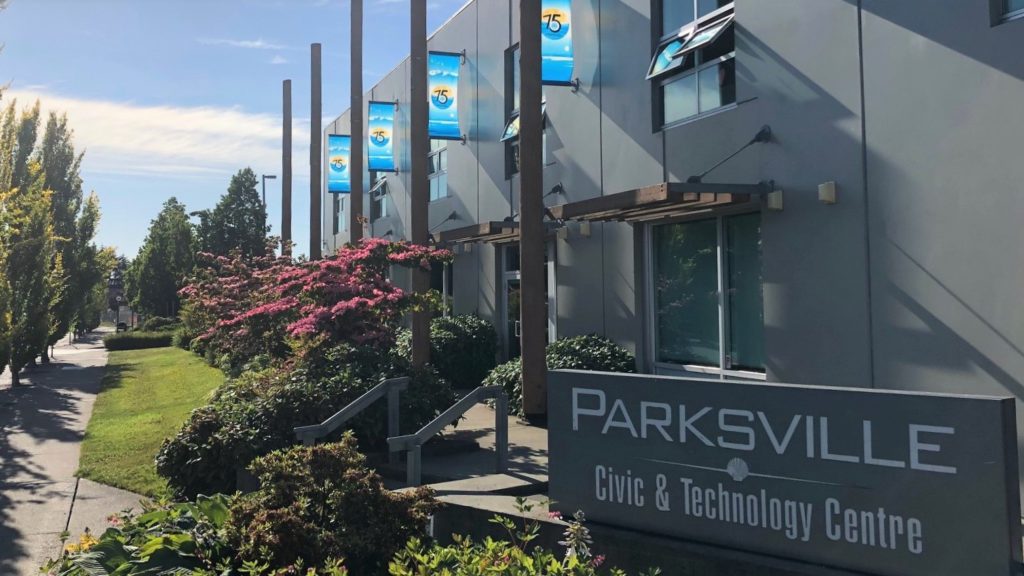 A Parksville councillor is challenging the current mayor, while 15 people are seeking a seat as councillor in the upcoming election.

Only three incumbent councillors are seeking re-election, meaning there will be at least three new faces at the council table following the election.

In addition to voting for mayor and councillors, voters will cast a ballot for school trustees in electoral area G for Qualicum School District.

Advance voting takes place on Oct. 5 and Oct. 12 and general voting day will be on Oct. 15. On all three days voting will take place at the Parksville Community Centre from 8 a.m. to 8 p.m.

Mayne has lived in Parksville for 19 years and owns two Tim Hortons restaurants in Nanaimo with his wife. Before buying the restaurants, he worked as the senior vice president of engineering, planning and construction at the head office. Before that he was a banker.

If elected, he plans to work on the vision for Parksville that was established in 2019 at a Mayor’s Round Table. The five objectives in the plan are housing, doctors, public safety, economic development, and recreation.

O’Brien was born and raised in Victoria and had a 27 year career with Andrew Sheret Ltd. as a purchasing agent and branch manager of the Victoria location. He moved to Parksville and has served on various boards as well as the Parksville Citizen Advisory Committee and Parksville Official Community Plan. He was elected as a councillor in 2018.

Badel has a background in health care with experience in long-term and extended care. She was an emergency room nurse at St. Paul’s Hosptial and Vancouver General Hospital in Vancouver. For the past 20 years she has worked in cancer related research.

If elected, her priorities are to pause “frenzied” development and reassess what the city is building and who it is for, to focus on strategies to increase below market housing options and rental commitments; push for the natural assets to be added to the municipal asset inventory; work to find strategies for short-term solutions and long-term and permanent solutions to health care; transportation; homelessness; and downtown revitalization.

Bailey has been an active member of the community for the last four-and-a-half years. He has volunteered with the Parksville Fire Department, Big Brothers Big Sisters, Tour de Rock, and the Parksville Fellowship Baptist Church youth group.

If elected, his priorities include encouraging residents to shop local and support entrepreneurs, affordable housing, homelessness, development and environmental concerns, and the growing need for doctors and other services.

CHEK News reached out to Beil asking for a bio, her priorities if elected, and any links to a website or social media but did not hear back. The story will be updated with information if it is provided.

Butterworth has lived in Parksville for over 16 years and worked as the director of finance for 16 years until he retired this year. Before that he worked at the City of Prince Rupert for two years.

If elected, his key priorities include projects that promote recreation and active living, continue to lobby the provincial government for more doctors and health care workers, smart development, increased downtown parking options, an open and transparent council with input from the community before big changes, and a strategic plan that gives staff a clear direction.

Fras is seeking re-election to council. During the past four years he was on the board of directors with the Regional District of Nanaimo. He is the father to a young child and aging senior parents Prior to council he had a career as a commercial pilot, and served five years as a firefighter with Parksville Fire Rescue. He has a diploma in business administration from UVic.

If re-elected, his priorities are to focus on improving the lives for families through access to housing, recreation, child care, and health care, while continuing to keep our city taxes low. He would also like to ensure core services like water, garbage, police and fire operate at expected levels; and he would like to maintain the natural beauty the city is known for while making it a vibrant and safe place to live.

Gaur graduated from UVic and moved to Parksville to work at Stanford Place. He volunteers for the Oceanside Community Safety Volunteers and as a Beach Fest Ambassador and he is a strata council member for Oceanview Condos.

If elected, his priorities are better public engagement, protecting green spaces and the coastline, promote local business, arts and culture, work with the province and other stakeholders to address the affordable housing crisis, support safe and accessible streets for seniors to use mobility aids, advocate for accessible natural spaces to be inclusive for all ages and abilities, and he envisions recreation facilities, Ballenas Track and multisport courts that cater to seniors’ needs, as well as have options for younger residents.

Grenz moved to Parksville in 2016 with his wife and three young children. He has a law degree from UBC and has run a digital agency for the past 20 years. Through his work he has experience with non-profits and all three levels of government.

If elected, his high-level priorities are ensuring services keep pace with the communities needs like health, safety and recreation programs; clean, safe, accessible community; responsible financial stewardship; green and sustainable lens on decision-making; thoughtful development and planned growth for a balanced community; and a collaborative approach.

Kelly is a 20 year Parksville resident who has volunteered extensively including as a softball coach, and with Canada Day, Kid Fest, and Oceanside Generals.

If elected, his main priorities include ensuring current and future developments are supported within the community and not overloading infrastructure, affordable housing for purchase and rental, attracting more doctors, and a review of the current RCMP staffing levels.

Mann was born and raised on Vancouver Island and has travelled the globe and worked in the private sector, consulting, serving on non-profit boards and now the public sector in health care. He has an MBA in process improvement, project and change management skills, and a science degree in biology and environmental studies from UVic.

If elected, his three main priorities are community, the local economy, and the environment.

Martin was born and raised in Vancouver, with family ties dating back to 1886 to Parksville. She is a wife and mother of three, long-time business owner, and life-long volunteer and community worker.

If elected, her priorities are affordable housing, outside the box thinking to attract doctors and nurses, ensuring citizens are protected and safe, environmentally and financially sound economic development, more recreational facilities, solutions to mental health issues, and low taxes.

If elected, her priorities are to bring everyone together to support a vision for a sustainable Parksville, review the OCP, have residents participate in community meetings, ensure the community remains naturally green, prioritize low-income housing, and build a medical clinic to attract health care professionals.

Patterson has served four years as councillor and has lived in Oceanside for over 25 years. She previously owned Pacific Brimm Cafe with her son as her business partner.

Pedersen is a media and communications professional, home owner, and is married with two young boys.

If elected, he would like to prioritize more development that is financially accessible for young families, support the completion of a city recreation centre, see a centre with a 300+ seat theatre, sports courts and indoor recreational opportunities for seniors and youth. He would like to grow the downtown core into a more vibrant neighbourhood to attract more tourists and locals. He will be an advocate for parks and beaches, and would like to see the city’s portfolio of outdoor events increased year-round.

Wilson is seeking re-election after first being elected in 2018. She is an interior designer and has a certificate in local government leadership. She has retired from a career with Air Canada. During her time on council, she has served on a number of committees including the Advisory Design Panel and Parksville-Qualicum Beach Tourism Association.

If re-elected, her priorities are supporting a vibrant, safe, and inclusive city with diverse housing options; strengthen local businesses and tourism; support resilient, energy efficient, and sustainable developments; support community engagement for a pool multi-plex and opportunities for sports and recreation; expand the arts and culture; and fiscal responsibility.

Wood is a small business owner as a logo designer, and his wife works as a registered nurse in Parksville. His family has lived in Parksville for 12 years, and he was a volunteer firefighter with the Parksville Fire Department for five years.

In 2019, Wood ran in the federal election for the Green Party coming in third with 9,569 votes. 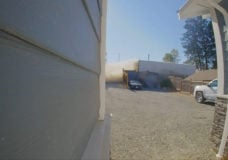 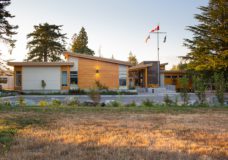 North Saanich has three mayor, 13 councillor candidates in the running