WATCH: Eleven-month-old Sophie remains in hospital after suffering a head injury her mother alleges happened under the care of her Langford daycare. West Shore RCMP’s serious crimes unit is investigating along with Island Health, who is in charge of licensing daycares. Luisa Alvarez has the update.

An investigation is underway in the case of an 11-month-old girl who has suffered serious injuries including a possible skull fracture. The child’s mother Kate Haywood alleges the injuries happened under the care of her Langford daycare.

Island Health, which is responsible for licensing daycares, confirmed to CHEK News Tuesday that an investigation into the daycare is ongoing but while that is going on, they will not comment further or reveal which daycare it is.

“Protecting the health, safety and well-being of children in licensed child care is a priority for the Island Health, Community Care Facilities Licensing. Licensing is investigating and while that investigation is ongoing no further comment will be made,” the statement reads.

Minister of Children and Family Development Katrine Conroy says the ministry’s role is to offer support in any way that is needed but the investigation is in the hands of the licensing authority.

“My heart goes out to that family I can’t imagine what they are going through. When a situation like this happens licensing through the health authority does the investigation and if anyone else needs to investigate as well and the ministry helps in any way that is needed,” said Conroy.

Haywood posted an update on Facebook Monday writing, “Today was X-Ray day and we got all the reports back from that. Everything looks good in that department. We are so thankful for that,” the post reads.

It goes onto say Sophie will be getting an MRI on Wednesday to give neurosurgeons a microscopic look as opposed to a CT scan.

“The neurosurgeons are concerned that she is not herself. Sophie will need to be coming back and forth from Victoria to BC Children’s, for scans, tests, checkups, pediatric visits, etc.. This will be extremely expensive, so we are thankful for the GoFundMe to be able to not have to worry about those expenses,” the post reads. 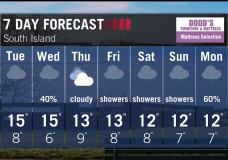 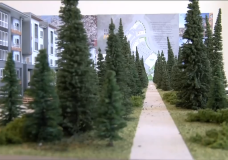